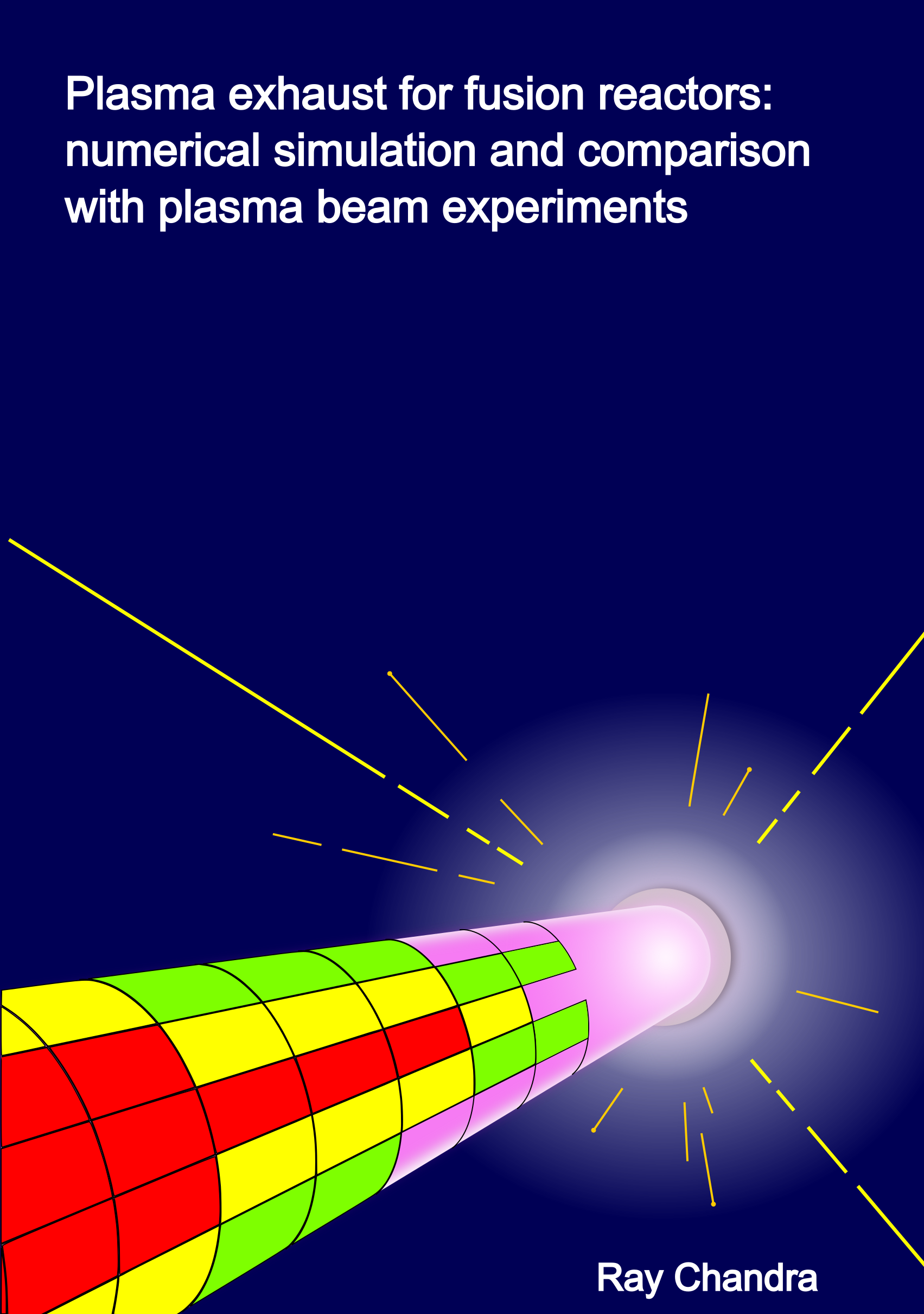 Research summary
The ever-increasing demand of energy in the 21st century must be fulfilled with clean and renewable sources to minimize global climate change. Clean and limitless energy supply can be provided by creating the process powering the Sun called nuclear fusion. Recreating the sun on Earth has been proven to be immensely complex and challenging. One crucial problem is the survival of the structure housing the fusion reaction. Nuclear fusion requires heating the gaseous fuel to extreme temperatures, changing its state into a cloud of charged particles known as plasma. The structure must be able to withstand contact with plasma for years.

One possible way to solve this problem is to maintain a state where the plasma is extinguished before it touches the vessel. This state, known as plasma detachment, was investigated experimentally in the Netherlands using Magnum-PSI, a device capable of producing the plasma conditions expected to occur near the walls of fusion reactors. Plasma detachment was achieved by injecting cold gas which greatly reduced the heat flow. Understanding how the cold gas can be so effective is crucial in developing the same method for future fusion reactors.

Ray Chandra investigated the physics governing the reduction of heat by the cold gas using computer simulations to replicate the experimental observations in Magnum-PSI. His PhD thesis describes the simulation work and results using a specific code named B2.5-Eunomia, as well as the analysis of detailed processes that causes plasma detachment. He revealed that interaction of the plasma and the gas is predominantly governed by friction between the main plasma particles and gas molecules. This interaction contributes the most in lowering the plasma temperature, and in turn triggering plasma recombination, a process where the plasma neutralizes into neutral gas.  In addition, the plasma flow is slowed down by the same friction and consequently enhances plasma recombination further. This insight may lead to better reactor designs with easier access to detachment and improvements in future simulation studies.

Liquid metal
In his thesis, Chandra also investigated an alternative way to protect surfaces from the hot plasma, by covering them with liquid metal.  They have self-regenerating properties and are excellent candidates as plasma facing materials. The most promising candidates are liquid lithium and tin. However, the evaporation of these metals can pollute the plasma and greatly reduce or even disrupt the fusion performance of the reactor. Hence, it is of great importance to understand particle transport from the liquid into the plasma. Using the same B2.5-Eunomia code, lithium particles are simulated coming from a liquid lithium target material in Magnum-PSI environment. Varying strengths of lithium erosion are simulated to observe its effects to the plasma and to the amount of lithium transported away to the walls. Chandra revealed that the transport of lithium particles is impeded by the plasma flow and high plasma temperatures. This work is the first step in simulating liquid metal transport that will be used to understand liquid metal experiments in Magnum-PSI, and in the future, the application of liquid metals in fusion reactors.

Defense
Follow the ceremony online from 11:00. (link to the event)