Why are plasma material interactions important?

Fusion reactions in the core of the plasma create large amounts of heat in neutrons and alpha (4He) particles. The neutrons escape the machine and are used to heat the blanket and create electricity, but around 20% of the energy is given to the alphas. This energy remains confined and must eventually be exhausted in a small region at the bottom of the reactor called the divertor. Huge amounts of heat and plasma particles are therefore concentrated in a confined exhaust region. This leads to a complex and dense plasma environment where the interaction of the wall and the plasma are strongly coupled together and have a large influence on each other.

The plasma can erode, transport and redeposit the wall material, while the plasma ions can embed and be trapped in defects and voids in the material. This can lead to strong morphological changes in the material as well as being a concern to maintain the fuel cycle. If fuel ions become trapped inside the material instead of recycling into the plasma then they are not available for making fusion reactions. On top of the steady state heat and particle loads transient filaments of high temperature and high density plasma can erupt from the plasma edge and strike the wall. These Edge Localized Modes (ELMs) can increase erosion and damage the wall over time if they are not controlled.

The wall can also strongly affect the plasma. Reflected and recycled fuel ions re-enter as neutrals  and are excited and ionized, at the same time cooling the plasma down. This can lead to a complex radiative state called detachment which helps to reduce the heat and particle load to the surface. Impurities which enter from the wall will also radiate, and if they reach the core of the plasma in sufficient quantities they can quench the fusion reaction. Designing a wall which can handle the large heat and power loads, while also maintaining a clean core plasma and preventing fuel trapping is therefore a big challenge!

DIFFER is a member of the EUROfusion consortium, which comprises 30 fusion research organisations and universities from 26 European member states plus Switzerland and Ukraine.

END_OF_DOCUMENT_TOKEN_TO_BE_REPLACED 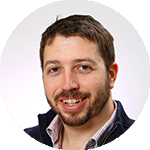