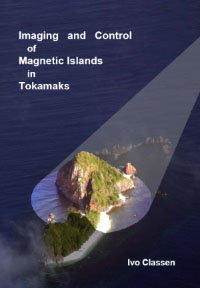 In his thesis work, that was conducted at the TEXTOR tokamak at the Forzungszentrum Jülich in Germany, Classen used a new diagnostic called Electron Cyclotron Imaging (ECE-I). This allowed him to create two-dimensional 'movies' of neoclassical tearing modes (magnetic islands), instabilities that severely influence the efficiency of experimental fusion devices. According to the jury report, "remarkably good agreement between theory […] and experiment was obtained for the control of magnetic islands by either heating the interior of a magnetic island or driving a current through it."

Classen also made good use of another unique tool installed at the TEXTOR tokamak, the Dynamic Ergodic Divertor (DED). The DED is capable of perturbing the magnetic structure in the plasma edge. The pronounced two dimensional magnetic structures present during DED operation were measured by Classen and shown to be in excellent agreement with theory. The jury report concludes that his work "gives new confidence in the future predictions of neoclassical tearing modes in present day devices and in ITER".

Dr. Ivo Classen defended his thesis in June 2007 at the Technical University of Eindhoven, and is currently working at the Max Planck Institut für Plasmaphysik in Garching, Germany. Two other recent graduates (dr. Brendan Dromey and dr. Louise Willingale) were selected 'from an impressively high quality of candidates' to receive similar awards.