10 February 2009
Post-doctoral researcher dr. Jan-Willem Blokland of the FOM Institute for Plasma Physics Rijnhuizen, the Dutch centre for fusion research, has received one of the ten prestigious Fusion Research Fellowships awarded yearly by the Europese Fusion Development Agreement EFDA. These grants are intended to help excellent young scientists do cutting-edge research into the physics of plasmas and fusion.

Theoretical physicist Jan-Willem Blokland will use his Fusion Research Fellowship to investigate the so-called Sawtooth instability in fusion reactors. During this process, the reactor pressure rises and dips repeatedly in a sawtooth-like pattern. The instability can remove the fusion product from the reactor's core, but a sawtooth that grows too large will also trigger unwanted energy discharges at the edge of the reactor. Jan-Willem Blokland plans to analyse the process in detail at the FOM Institute Rijnhuizen and at the European research centres for fusion in Cadarache (France) and Culham (UK).

Dr. Blokland's Fellowship is not the first one received by scientists at Rijnhuizen. In 2008, dr. Ivo Classen and dr. Maarten de Bock each won one out of ten awarded Fusion Research Fellowships for research on observing and influencing the processes in a burning fusion plasma. Having received three out of the twenty prestigious grants in the last two years, the relatively small Rijnhuizen institute has secured an influential position in the international fusion community. To maintain this excellent postion, the Institute is now putting together a new research programme about measurement and control of fusion processes. The programme will build upon the work being done in the three awarded Fellowships. 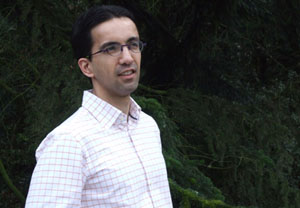