Detachment experiments have been carried out in the linear plasma device Magnum-PSI by increasing the gas pressure near the target. In order to have a proper detailed analysis of the mechanism behind momentum and power loss in detachment, a quantitative match is pursued between B2.5-Eunomia solutions and experimental data. B2.5 is a multi fluid plasma code and Eunomia is a Monte Carlo solver for neutral particles, and they are coupled together to provide steady-state solution of the plasma and neutral distribution in space. B2.5-Eunomia input parameters are adjusted to produce a close replication of the plasma beam measured in the experiments without any gas puffing in the target chamber. Using this replication as an initial condition, the neutral pressure near the plasma beam target is exclusively increased during simulation, matching the pressures measured in the experiments. Reasonable agreement is found between the electron temperature of the simulation results with experimental measurements using laser Thomson scattering near the target. The simulations also reveal the effect of increased gas pressure on the plasma current, effectively reducing the current penetration from the plasma source. B2.5-Eunomia is capable of reproducing detachment characteristics, namely the loss of plasma pressure along the magnetic field and the reduction of particle and heat flux to the target. The simulation results for plasma and neutrals will allow future studies of the exact contribution of individual plasma-neutral collisions to momentum and energy loss in detachment in Magnum-PSI.

END_OF_DOCUMENT_TOKEN_TO_BE_REPLACED 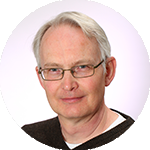