Reduced turbulent transport models are constructed to increase computational tractability compared to full nonlinear codes. They are designed to allow routine simulation of tokamak discharge evolution. They invoke the quasilinear approximation, which is largely valid in the core region of tokamak plasmas. They rely on nonlinear simulations for validating their ansatzes and normalizing factors.

END_OF_DOCUMENT_TOKEN_TO_BE_REPLACED 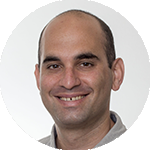