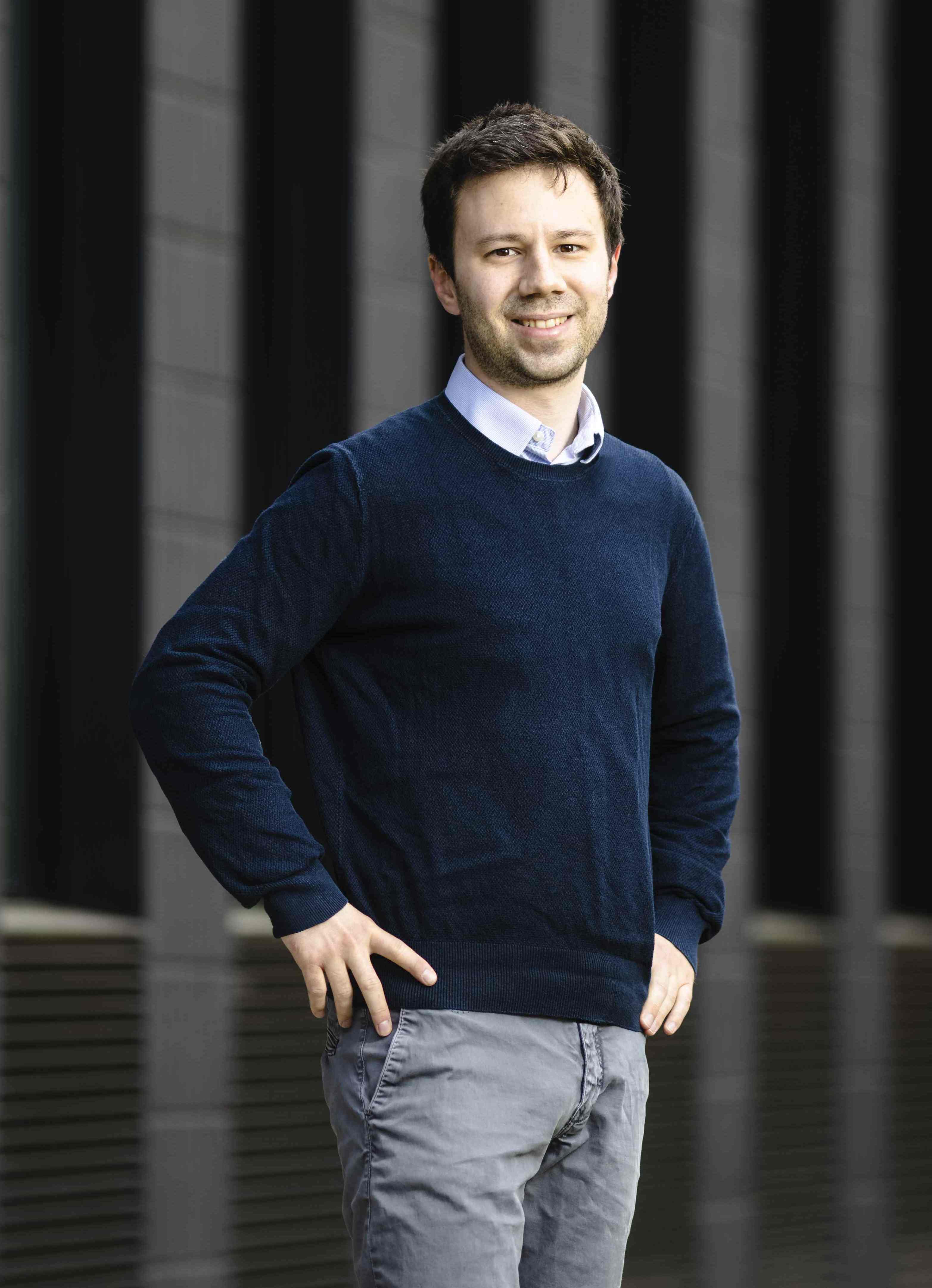 Imagine converting CO2 into useful molecules, only by heating it to a plasma with a microwave. Researchers at DIFFER can, but nobody really understands the processes that take place in the plasma. Let alone that they can make the process efficient. DIFFER researcher Luca Vialetto can calculate what is going on.

A plasma is difficult to study, says Luca Vialetto. “A lot of mechanisms are coupled together such as flow, power and interaction between the particles.” The third-year PhD student developed an innovative method to simulate the behavior of electrons in a low-temperature plasma. “With my model, we can study how electrons drive the reaction and how we can improve the dissociation of CO2 efficiently.”

Much-overlooked method
Following an idea of his supervisor, plasma chemistry expert Paola Diomede, Vialetto modified the Monte Carlo Flux method, a much-overlooked method from the 1990s. This is a smart combination of Monte Carlo (MC) calculations – accurate but computing-time-consuming – and the electron transport equation which is usually solved numerically by implying many assumptions and approximations.

Vialetto explains: “First, I do an MC simulation of the motion of the electrons but only for a very short time. Then I use a deterministic method, that means I solve a system of linear equations to obtain the full energy distribution of the electrons. Since I use no approximations, it has the same accuracy as MC, but it is much faster, minutes instead of days.”

The researchers checked their results by comparing them with experimental data from the literature and showed that they are in excellent agreement with alternative solutions, obtained under two-term or multi-term approximations.

Then Vialetto worked with colleague Pedro Viegas who is simulating heavy particles such as molecules. “By coupling our models, we can study what is happening during the experiments. They can measure electron density, composition, and gas temperature, which are all inputs for the model. We compare our model to the experiments and vice versa. The aim is to describe what happens in an experiment.”

Start from scratch
“What I like about my project is that we started from scratch. Normally, you would use an existing software package to run your simulations and then compare these with experiments. I wrote my own code from the start, which allowed me to build up knowledge about the correct rules and assumptions so that the code is computationally efficient and also very accurate. Eventually, we will release the code as an open-source package. Others can then use and modify it for their own experiments.”

Vialetto’s work requires a substantial knowledge of plasma physics and considerable skill in programming. Nevertheless, he says he is learning an even more difficult skill during his time at DIFFER, namely teaching students. “I think it is important to communicate with students who are a few years younger, but really smart. We need their ideas. Explaining my work in a way that is understandable but precise, was one of the most difficult challenges I faced. But I enjoy it so much that I now definitely want to pursue an academic career after my PhD.”