DIFFER will host the annual tech@workplacepride event, an online conference on LGBTI+-inclusivity, the energy transition and their interrelations. This is as good an occasion as any to discuss inclusivity in the tech workplace and at Differ in particular. "It’s not the tech-workplace so much that is lagging behind, but all of the Netherlands."

On behalf of the NWO institutes, three people are involved in organising the conference on 18 November 2021: Nicolette Ketelaar, personnel officer at DIFFER (NK), Léon Ouwerkerk, LGBTI+ coordinator for NWO (LO), and Ana Solvelas da Silva, PhD student at DIFFER (ASdS). We asked them to reflect on a few aspects of inclusivity.

Within academic world, does the tech-workplace lag behind in inclusivity?

LO:        I think maybe in humanities and social sciences it is more accepted to talk about differences in sexual identity, and personal stuff in general. It is closer to the subject-matter of these disciplines, whereas exact science and technology are -mostly- purely involved with data, not with human beings. But on the other hand it’s not the tech-workplace so much that is lagging behind, but all of the Netherlands. We think that we are so tolerant and we hold on to this image so tight that we haven’t changed anything. So countries like Malta are now ahead of us as far as inclusivity goes.

NK:       What also does not help is that science is still organised in a rather hierarchical way. As a young researcher, you are very dependent on your team leader. Career opportunities are limited and you only have a few years to make it. So the natural tendency may be to just assimilate.

LO:        But this as well is changing. Networking is starting to become more important than hierarchy. This means that as a scientist you have to put yourself out there as a person. Share personal information, do some ‘personal branding’. Also it’s important to let yourself be known when you work in a team. Talk about the weekend, what’s going on in your life. Once you know each other it becomes easier to connect and work together.

ASdS:   In addition, let’s not fool ourselves that science is completely objective and independent of who you are as a person. The results may be objective, but how you go about to get them, how creative you are and what your perspective is, is a very personal matter depending on your background. That’s why it also matters to be open about personal stuff.

What was the aim of tech@workplacepride?

ASdS:   Inclusivity and the energy transition are two major themes in this century, right? So it’s good to bring them together.

LO:        Events like this are also a vehicle to make the LGBTI+ theme more feasible. To show people that LGBTI+ are part of academia too. We also value very much that we have a member of NWO’s executive board and a group leader from DIFFER present. Support from senior management and straight allies is very  important.

NK:       I hope that this event will make it a little bit easier for some of our colleagues to open up. I hope it will make them feel that they’re not alone, that it’s okay to talk about it if you are gay, for instance. Because statistically there must be more of LGBTI+ in our community. They have no obligation to be open about it, of course, but I hope they will feel a little less hesitant.

LO:        Margot Weijnen, member of our NWO’s executive board will sign the Declaration of Amsterdam, a document underscoring good intentions for providing a safe, comfortable and equal opportunity workplace for LGBTI+ employees.

DIFFER does its best to be inclusive, but is it, in your experience? And what more can be done?

ASdS:   As a foreigner and woman in a mostly male environment, I must say that I have felt very welcome at DIFFER from the beginning. Sometimes it’s not easy to be taken seriously, particularly if you are a tiny Portuguese girl trying to discuss science... but at DIFFER I always felt both free to speak up and that I was being heard. I think DIFFER is a place where you can be open. On the other hand, there is still a lot to be done before we are a truly inclusive in our minds, both at DIFFER and in the world outside DIFFER. It's a continuous process, there is no end to it.

LO:        I remember that three years ago, DIFFER was the first of the NWO-institutes that took steps to make the recruitment texts for its vacancies more inclusive. That inspired the other institutes.

NK:       That is indeed one thing we have done. We are now looking at recruitment committees, that should not be all male. And, importantly, we want to change the food that is on offer in the canteen. Then people can have proper hot meals in their lunch break, instead of traditional Dutch snacks only, such as fries and croquettes. That may help people from for example Asia and Southern Europe to feel more welcome and at home.

ASdS:   O yes, that’s a good one. I would die for more wholesome meals in our canteen.

***
What is inclusivity all about?

In the past decade, inclusivity and diversity have become buzz words in science. They mean that the workplace values individual differences, and makes everyone feel welcome and accepted. This is good for individual employees of course, but research has shown that diversity of perspectives also brings better results. At first inclusivity measures in science were mainly directed at attracting and keeping women in the workplace. Now they are also targeted at diversity in cultural backgrounds, sexual diversity (inclusion of lesbians, gays, bisexuals, transgender and intersex persons and other sexual and gender orientations, also known as the LGBTI+ community), and people with handicaps. 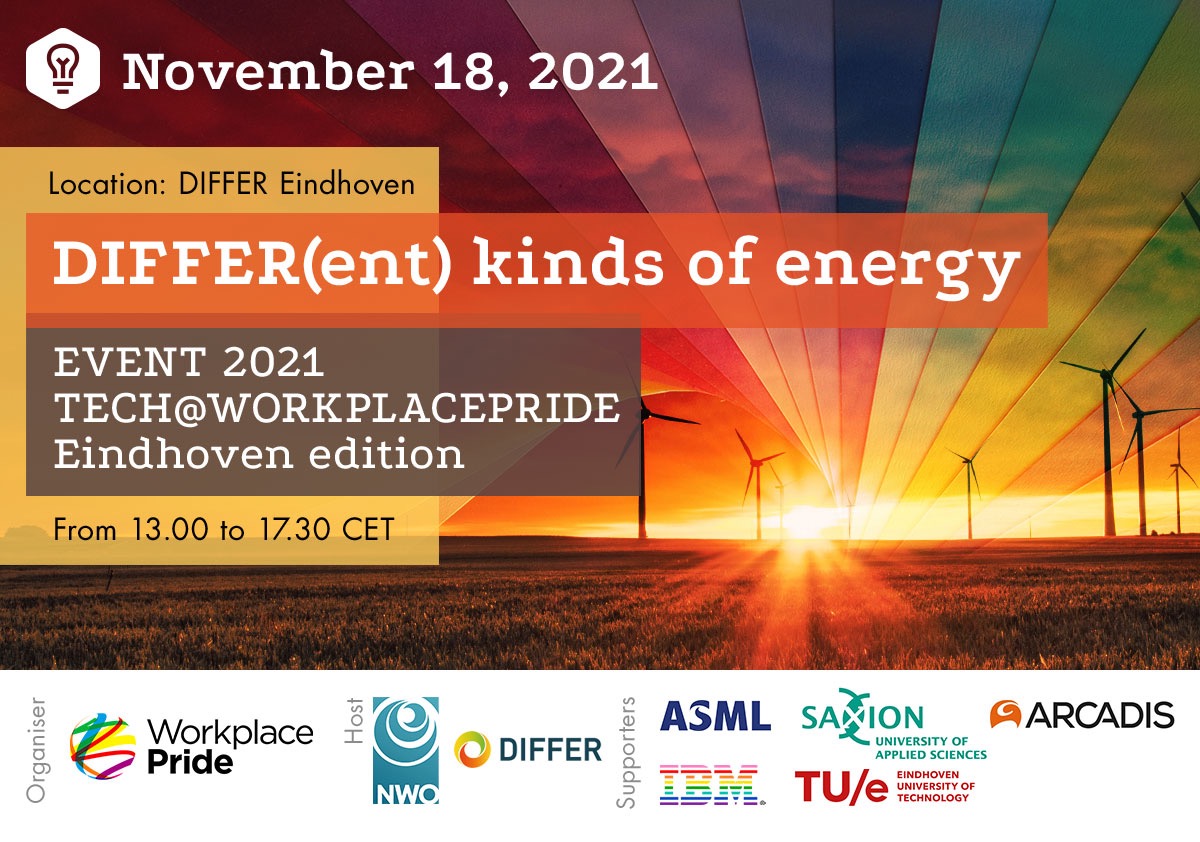