Our ion beam can use six different techniques: RBS, NRA, ERD, PIXE, PIGE and Irradiation. The following paragraphs give an overview of each technique. We end with a summarizing table.

RBS is the most popular materials analysis technique. It provides quantitative information about the composition as a function of depth, covering almost the entire periodic system.

During an RBS analysis, a beam of high energetic He ions is directed at a sample. Ions scatter back under a well-determined angle. They are detected and analyzed for their energy. The energy of a backscattered particle is determined by the mass of the target atom with which it collided and the depth at which the collision took place. When sufficient particles are detected, concentration depth profiles of the elements in the sample can be calculated from the resulting spectra. Due to the increasing sensitivity with mass, RBS is not only suitable to determine the composition and thickness of thin layers. It can also quantify - and even profile - contaminations of elements heavier than the matrix elements,  with concentrations starting from 0.1 % (Ar in Si)  to 100 ppm (Au in Si). For very thick samples, RBS can also be performed by applying a MeV H+ beam. The sensitivity, mass- and depth resolution deteriorate, but the probing depth increases by an order of magnitude.

Channeling
When the sample consists of a monocrystal (or a layer structure on top of a crystalline wafer), channeling RBS can be used. Here the sample is rotated with our 3-axis goniometer, in such a way that the ion beam is aligned with a major axial direction. In this configuration, the bulk of the monocrystal will be in the ‘shadow’ of the top-most atoms of the crystal and the number of He ions backscattered from the bulk is dramatically reduced. This effect can be used to evaluate the quality of the crystal as a function of depth, or to significantly reduce the background when analyzing layers that contain elements lighter than the substrate atoms.

Nuclear reaction analysis (NRA) is a nuclear method of nuclear spectroscopy in materials science to obtain concentration versus depth distributions for certain target chemical elements in a solid thin film.

Elastic Recoul Detection (ERD) is a technique that can measure hydrogen depth profiles. In many materials, the hydrogen content is one of the important parameters that determine the physical properties. It can therefore be crucial for developers of thin film materials to obtain knowledge about the amount and distribution of hydrogen in the layers that they produce. Unfortunately, RBS is blind for hydrogen, and so are techniques as XPS, AES and EDS. Although it is possible to detect hydrogen with IR absorption and SIMS, it is hard to obtain a reliable quantification with these techniques. In fact, ERD is the only technique which can measure - unambiguously and quantitatively - hydrogen depth profiles.

In some sense, ERD is complementary to RBS. In RBS, particles originating from the ion beam are detected after colliding with a sample atom. In ERD the sample atoms are detected after being recoiled - in a forward direction - by an ion from the primary beam. The sample has to be oriented in such a way that the ion beam hits the sample surface at a grazing angle making recoil detection under a forward direction possible. To prevent detection of scattered He ions that travel in the same direction, a foil is mounted in front of the detector. He ions are completely stopped in this foil, while the H recoils are able to pass. Naturally, this happens at the expense of probing depth and depth resolution, but it facilitates a method for quantitative hydrogen detection in thin films.

Particle-induced gamma emission (PIGE) is a form of nuclear reaction analysis, one of the ion beam analysis thin-film analytical techniques. Typically, an MeV proton beam is directed onto a sample which may be tens of microns thick, and the fast protons may excite the target nuclei such that gamma rays are emitted.

END_OF_DOCUMENT_TOKEN_TO_BE_REPLACED 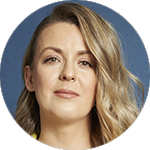 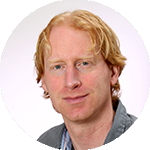