The plasma at the exhaust of a fusion reactor is hotter than the surface of the sun and bombards the reactor wall with energetic particles. DIFFER's main experiment Magnum-PSI is the only laboratory setup in the world capable of exposing materials to plasma conditions similar to those of future fusion reactors. On 31 October 2014, Magnum-PSI produced its last plasma beam in our current location in Nieuwegein. Magnum-PSI started its experimental campaign in 2012. After the last beam, the team starts the experiment's relocation to DIFFER's new building in Eindhoven. 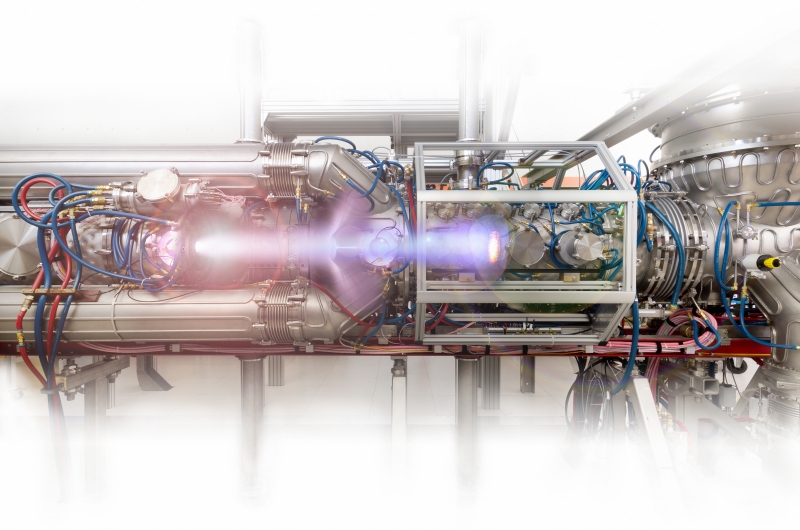 Artist's concept: the plasma in Magnum-PSI is hotter than the surface of the sun

Surface of the sun

In the south of France, the international research community is building ITER, a reactor designed to tame the power source of the sun and create a clean, sustainable energy source. ITER is designed to be the first machine that can produce more power from fusion than the device needs to operate. The reactor will generate heat by fusing together hydrogen isotopes into helium in a high temperature plasma (hot, ionised gas). One of the research areas is the design of the reactor's exhaust or divertor, where the hot plasma comes into direct contact with the reactor walls. Materials here face a heat flux comparable to that at the surface of the sun, combined with a dense stream of impacting particles.

DIFFER's experiment Magnum-PSI is unique in its capacity to create ITER divertor-relevant plasmas. The experiment was inaugurated in 2012 and since then executed an ambitious programme to explore the interaction between intense plasmas and material surfaces under extreme conditions. 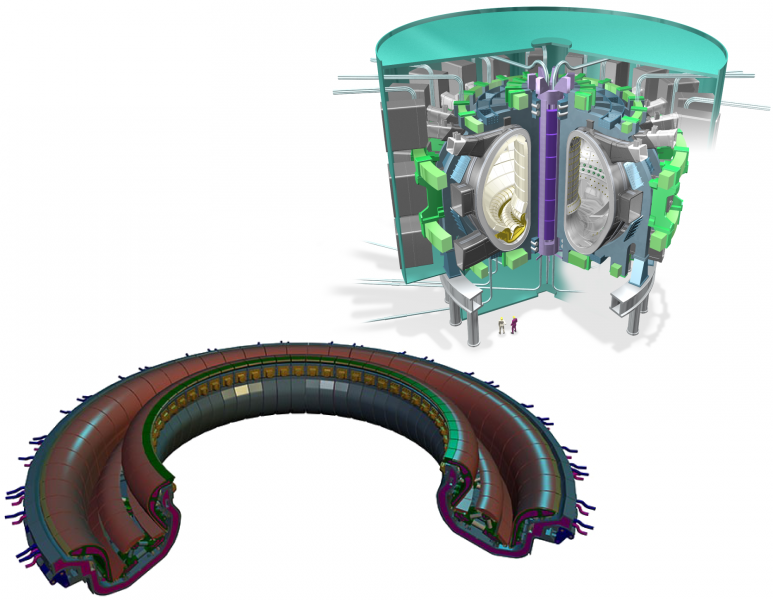 To monitor the state of the ITER plasma, optical diagnostics will look at the plasma via mirrors. How will these respond to contact with energetic particles produced by the plasma? Together with the French research organisation CEA and the University of Basel, DIFFER investigated how intended mirrors hold up under realistic plasma conditions. Mirrors made out of Molybdenum turned out to be more resilient than Rhodium-based counterparts. However, Rhodium is a better mirror for optical light, so research continues on both materials.

The ITER exhaust will be tiled with the highly heat resistant metal tungsten. While the cooling systems can cope with the steady state heat flux from the plasma, sudden energy bursts from the plasma edge (Edge Localized Modes or ELMs) can spike the tungsten temperature - potentially far above the melting point of tungsten. To investigate if this would result in unwanted melting or recrystallisation, Magnum-PSI used a newly developed pulsed power supply capable of producing high power pulses from the plasma source. Within a collaboration between 2 German institutes, Fusion for Energy, ITER Organization and DIFFER, experiments were performed on Magnum-PSI to investigate the impact recrystallization on the thermal shock resistance of tungsten. First results indicate that the divertor material will hold up well.

In collaboration with colleagues from the Princeton Plasma Physics Laboratory and the University of Illinois, DIFFER is investigating a radical new concept to protect the wall of a fusion reactor with a layer of liquid metal. In Magnum-PSI we exposed a mock-up filled with liquid lithium to the hot plasma. The metal flows without an external pump, driven by the combination of a temperature gradient and the contact between two different metals.

The ITER divertor will comprise about 300,000 individual tungsten monoblocks (a few cm in size) which are separated by small distances (0.5mm - 2cm depending on the location). The spacing between blocks prevents large-scale induction currents from forming. What if one of the blocks sticks out above the surrounding blocks? The presence of misaligned edges is potentially a serious issue for ITER as the expected parallel heat flux on the protruding edge could reach several hundred MW.m-2. The physics of the power loading of misaligned edges is however poorly understood. One of Magnum-PSI's last experimental runs, initiated by the ITER Organization, took advantage of the large flexibility of the device and its ability to expose surfaces at very glancing angles (~2.5 degrees) and combined direct experiments with detailed heat flow calculations to see how much heat a misaligned block will pick up from the plasma. The results will feed back into the ITER divertor design. 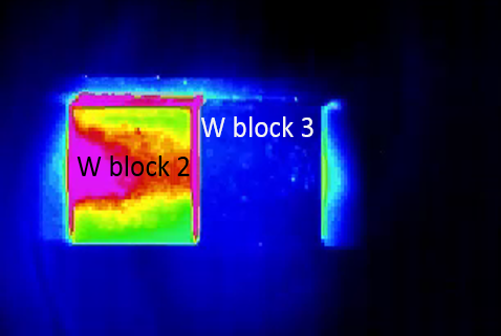 In November 2014, the plasma surface interactions-team will start preparing Magnum-PSI for transport to our new building on the campus of Eindhoven University of Technology. Here, DIFFER is constructing a highly sustainable new building at the heart of the campus' research, education and entrepeneurial activities. "We will also take this opportunity to extend upgrade Magnum-PSI with a superconducting magnet system", says facility manager Hans van Eck: "this will allow us to keep the plasma beam on target for hours at a time and truly investigate long-term effects of materials exposure to ITER-relevant plasma." 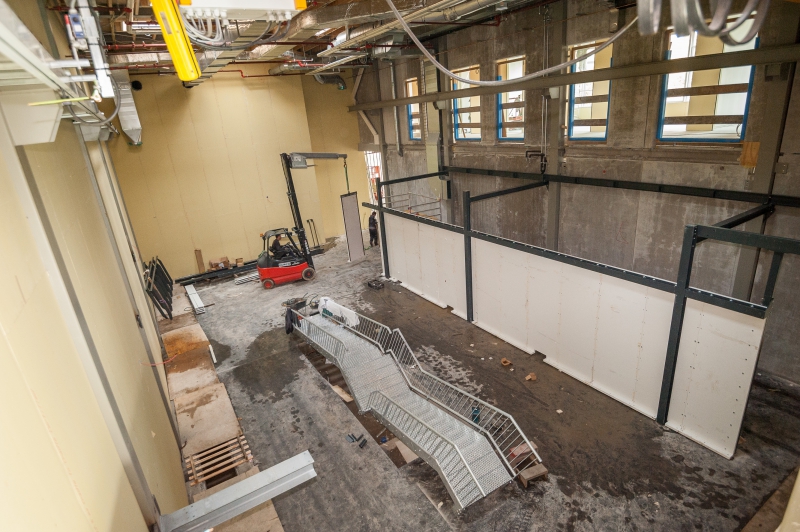 In DIFFER's new building (left) on the TU/e campus, five centimeter iron walls are already being installed to confine Magnum-PSI's magnetic field to the experiment hall.