Control of the heat and particle exhaust

The extreme conditions in a nuclear fusion reactor result in high heat and particle loads on the reactor wall. The survival of the wall can be prolonged by plasma detachment, a state in which the plasma in proximity to the wall is cooled via controlled impurity gas injection. This research focuses on the systematic dynamic characterization of detachment and its real-time control using visible imaging. Read more >

The heat transport is governed by physical processes such as diffusion and convection that occur mostly due to plasma turbulence. Therefore, our group develops new methodologies to determine and characterize the transport parameters from temperature measurements. Read more >

Observers and feedback control algorithms that are capable of accurately measuring and influencing the electron density profile in the challenging environment of the ITER reactor are crucial for achieving nuclear fusion. Read more >

A funny introduction on starting up a fusion reactor: instead of pressing random buttons, we try to enhance starting up a reactor using control engineering techniques. The goal is to make start-up more reliable. Nothing is as inconvenient as standing in front of a green-light and your car does not want to (re)start. Read more >

Particle injection is fundamental for tokamak operation and connects to many control problems within fusion such as exhaust control and density control. With this research, we characterize the nonlinear valve dynamics. Thereby, improving the performance of gas-valves and consequently the control of key plasma parameters. Read more >

Perturbative experiments are an experimental technique in which a process, here the plasma transport, is actively perturbed to study its dynamical properties. As such this technique allows to separate different transport phenomena in one experiment, which together determine the overall (static) transport. Read more >

END_OF_DOCUMENT_TOKEN_TO_BE_REPLACED 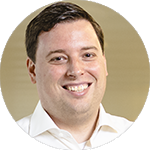