MSS seeks to understand the material and surface interactions at the atomic/molecular level. Primary interest is on the physical and chemical interactions of incident and/or adsorbed species. Current research efforts are concentration on interactions involving plasma-generated species.

The reseach methods employed mainly (though not exclusively) involve the utilization of ultra-high vacuum (UHV) techniques and model, often single-crystal metal, samples. The rationale behind the use of UHV and single-crystal samples is to reduce complexity and maximize control over the system being investigated. This reduces the number of competing process allow for greater insight into specific processes than can be obtained under normal atmospheric or reactor conditions.

a carbon capture cycle. The project is focussed specifically on the "calcium looping cycle", which involves the the inter-conversion between calcium oxide (CaO) and calcium carbonate (CaCO3). The general rationale underpinning the reseach is that the release phase (calcination of CaCO3 back to CaO) is the most energy-intensive part of the process. A plasma-mediated conversion step that is integrated with the release cycle should allow fo a higher overall energy efficiency as compared with the equivalent two-step process.

Vibrationally-excited molecules can exhibit enhanced reactivity at surfaces, as has been experimentally demonstrated in the case of methane (CH4). The project aims to investigate if a similar effect can be observed in the case of plasma-activated CO2. Low energy electrons in the plasma phase can be highly selective in exciting specifically the vibrational modes of CO2. Preferential excitation of the assymmetric mode, in particular, is anticipated to promote energy efficient dissociation. This project uses molecular beam techniques to explore the surface reactivity enhancement produced by moleculer excitation.

END_OF_DOCUMENT_TOKEN_TO_BE_REPLACED 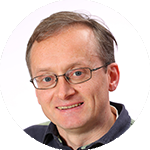